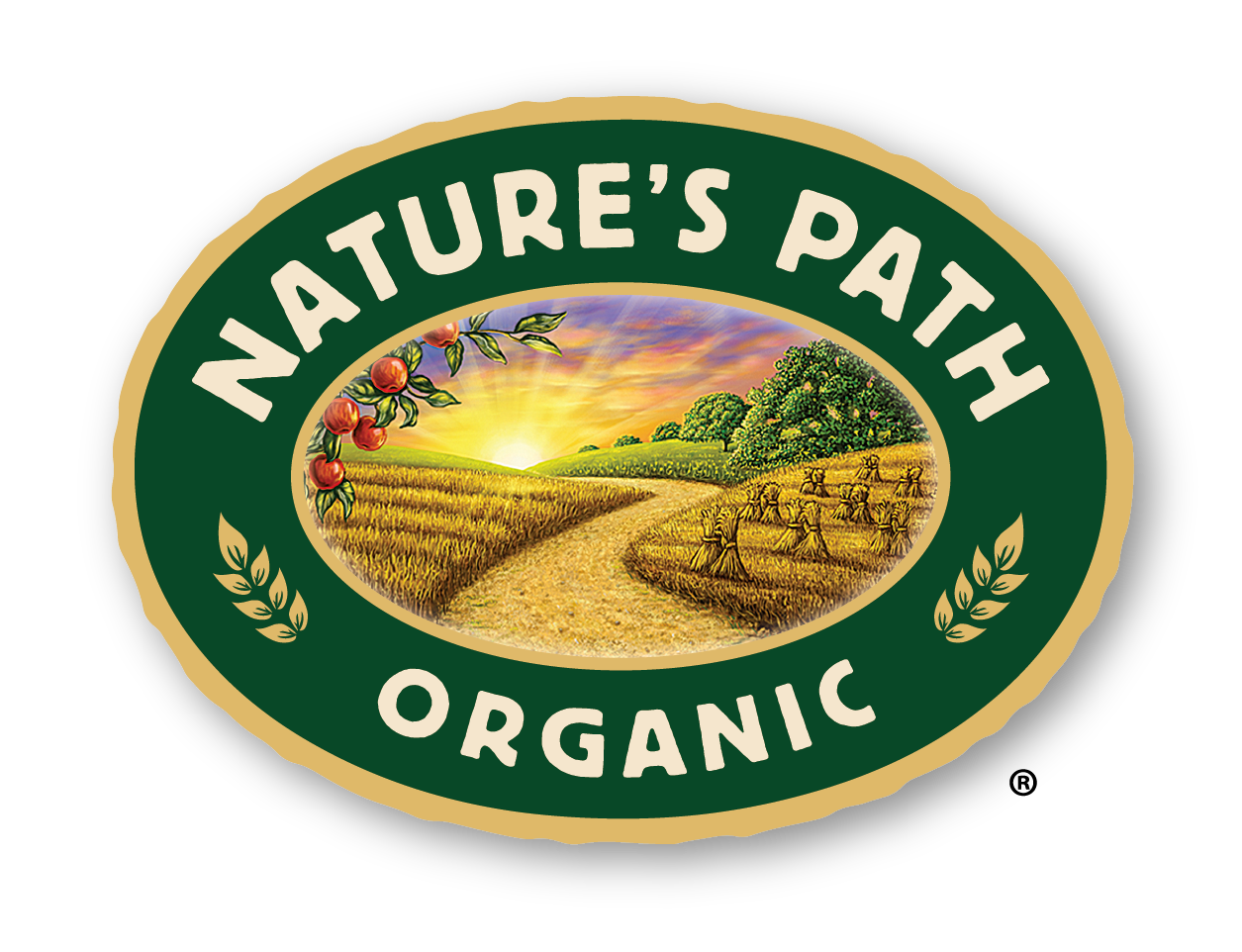 Forests are the lungs of our planet. Forests are not ‘merely’ a collection of trees or source of lumber, but rather an ecosystem teeming with life — from tiny bacteria to ancient trees with roots spread wide. Crucial for many reasons, many forests are hotspots for biodiversity and sources for medicine, containing thousands of species, those we know and have yet to discover alike. For example, Quinine from a Cinchona tree is used to treat Malaria, as it has long been by the Quechua peoples in Peru and Bolivia. Medicines from forests are used in anesthesia, cancer treatments, and much more!

The importance of forests does not stop there. Forests store large amounts of carbon in either the ground or biomass (plants, fungi, animals). By storing more carbon than they produce, the Amazon and Congo rainforests act as carbon sinks. Terrestrial (land-based) carbon sinks remove about 30% of human carbon emissions from the atmosphere each year. Forests are also important for the movement of nitrogen, soil conservation, cleaning water, livelihoods of over a billion people, and prevention of large scale natural disasters (mudslides, extreme wildfires, etc.), among wide-ranging of other benefits.

However, all these ecosystem services — the term used to describe the array of benefits an ecosystem provides — are threatened by global deforestation. Forests that were once carbon sinks are now carbon sources, the mismanagement of forests has resulted in deadly fires, and biodiversity loss has resulted in the loss of livelihoods and invaluable sources of medicines.

We need solutions‚ and quickly. Luckily, we know what to do, and have known for quite a long time. Some of the best solutions come from Indigenous peoples who have been tending natural areas for thousands of years. In fact, 45% of intact forests in the Amazon Basin are located in Indigenous territories. As a result, scientists and governments are beginning to look to Indigenous knowledge, often called traditional ecological knowledge (TEK), for effective forest management.

For example, Colombia’s recently-elected president, Gustavo Petro, has pledged to tightly regulate agriculture in the Amazon, while allowing Indigenous groups to harvest and sell forest resources. This is a major step for Colombia, which for many years has prioritized destruction of the Amazon rainforest over the sovereignty and wellbeing of its Indigenous populations.

In California, prescribed burns (intentional wildfires) are being used to prevent large and destructive wildfires across the state, but it wasn’t the forest service that pioneered this practice. Indigenous people in California have been doing so for thousands of years; it’s only now that government officials have begun to accept and implement this ancient strategy.

Misuse and deforestation have arisen largely because of a false sense of incompatibility between ecology and economics. Strictly valuing ecology isolates local peoples from their homes and destroys livelihoods. Solely thinking about the economic value of forests would turn ecosystems, and the communities sustained by them, into mere statistics; a singular economic focus is part of the reason we face mass deforestation and related crises today. The answer is to acknowledge a middle ground: the marriage of ecology and economy. And there is no one better to guide us than the people native to and living in forest areas?

However, Indigenous peoples and their concerns about the forest are largely ignored because of historical bias, lack of political representation and monetary constraints. We have the power to change this. Use your voice to push for local and government support for Indigenous peoples and land conservation efforts that combine science and TEK. If we don’t rise as vocal leaders who stand up for Indigenous peoples, our forests will remain in increasing peril from climate change and deforestation.

What can we do to help forests now? Support local Indigenous communities in any way you can, whether volunteering time, using your vote, or donating money. Be open to ideas from all people, centering the wisdom of marginalized Indigenous voices. Support local and global efforts to stop deforestation and promote the health of forests and local peoples alike. Forests can be regenerated, but that can take hundreds of years, which is why protecting what remains is extremely important. As our partner Project Drawdown notes, if we protect more of the remaining forests, we not only keep an irreplaceable carbon source, but also ensure carbon collected by forests over the past decades and centuries remains in the ground, where it belongs.

We can also all support organizations and companies that prevent forest destruction, protect existing forests and ecosystems, and regrow forests as well. Our partner Nature’s Path is on a mission to leave the earth better than we found it, deeply committed to land stewardship, sustainable consumption, and a circular economy that minimizes waste and makes the most of resources. Rodale Institute values solutions rooted in nature — with research, training and education that underscores the immense potential of trees for ecological, social and economic health. Sustainable management can yield both environmental and economic benefits for ecosystems, farmers and small forest landowners alike.

Over 2 billion people rely on forests for their livelihoods, food, shelter and more. Humans attain immense multifaceted benefits from forest areas. These ecosystem services are not limited to what is bought and sold.

Take some time to research what valuable ecosystem services forests provide. Make a list of five benefits. Challenge yourself to include a few that you had not considered before today. Here’s an article from WWF that describes a few benefits that humans gain from forests.

Create an attention-grabbing visual to teach people about the vast benefits of forests. Post in on Instagram with an informative caption. Remember to tag @TurningGreenOrg, @NaturesPathOrganic and @RodaleInstitute, as well as #PGC2022!

Upload your reflection and a screenshot of your social media post. Include your name (or team name), username, and school on your upload.

Indigenous communities have been caring for land for thousands of years, developing shared knowledge on how best to tend it. Modern governments, leading organizations and western scientists are only just beginning to formally recognize the importance of Traditional Ecological Knowledge (TEK) and center it in strategies to care for forests.

Next, write a caption for your infographic answering the following:

Post your infographic on Instagram with a brief caption from your above answer. Tag @TurningGreenOrg, any other relevant accounts you discovered, and #PGC2022.

Upload your visual story as a PDF document, as well as a screenshot of your social media post. Include your name (or team name), username, and school on your upload to be eligible to win.

One of the best first steps in determining solutions is to listen to and understand the history. Do you know whose historical land you are on? What are the issues faced by those Indigenous peoples today? What changes have occurred to that land?

Identify the Indigenous communities that live/d where you are today. If you live in North America (Turtle Island), here is a helpful website. Recently, many people and institutions have begun including land/territory acknowledgements on their websites, before meetings, and before presentations. Be aware, land acknowledgments are a beginning, not the end, of honoring, supporting and valuing Indigenous peoples and knowledge.

Answer the following in a thorough response:

Share a poignant, meaningful land acknowledgment on Instagram in the manner of your choosing — text, imagery, graphic, video — and why that matters to both people and planet. Tag any accounts associated with the Indigenous peoples of your area, as well as @TurningGreen and #PGC2022.

Upload your presentation as a PDF document (simply save the slideshow in that format before uploading) and a screenshot of your social media post. Include your name (or team name), username, and school on your upload to be eligible to win. Each Greenest winner will receive: